It was built in 1935 by Frank Wolf whose family still farms in Uniontown and was used as a commercial dairy operation until 1953 when Steve and Junette Dahmen bought the property from Steve’s uncle Jack.  The barn sat vacant for 50 years with little maintenance during that period.

Steve and Junette donated the barn to the community in 2004 after liking what the Uniontown Community Development Association (UCDA) had done with the Jacobs’ Building to house the bakery in Uniontown.  The only requirements the Dahmens had were that the wheel fence Steve had built over a 35 year period be maintained, and the building be put to a community use.  UCDA determined that an artisan center would be both feasible and a fitting tribute to the donors, as Junette is an accomplished watercolor and collage artist and Steve’s wheel fence is an excellent example of folk art.

The plan for the renovation of the original barn was to create studio spaces that artists could rent to work in and sell from, a gift shop selling locally made products and a space suitable for exhibits and events such as live music and classroom space.  The exterior of the structure visible from the highway was to be maintained as near to original as possible because of its appeal to artists and photographers, so an addition on the backside of the building was planned to accommodate the required accessible restrooms and elevator shaft.

The barn was badly deteriorated and needed to be stabilized.  The first task was cleaning out decades of pigeon droppings on the second floor and removing the multi-level concrete floor at ground level that served the dairy operation.  The barn was pulled into plumb with cables and winches, a new foundation was built on the west side, and the new timber frame interior support structure, which is a work of art in itself, was built.  Radiant heat was put in the concrete ground floor.

More than 1000 people came to the grand opening held October 2006 and during the first 15 months of operation 6,351 people signed the guest book.  Studio space was fully leased prior to the completion of the construction and there has been an ongoing waiting list for studios.

At the time of the grand opening, more than 5200 volunteer hours had been logged, $322,589 in grants was secured, $143,689 in cash, materials and professional service donations were received including more than $10K from the Adopt a Wheel program.

Conversion of the milk house to studio space occurred in 2010 and the finishing touches were put on the second and third floors.

By 2011 the facility was bursting at the seams.  The event space limited the type of exhibits that could occur and there was not enough room to seat all those who wished to attend the live music.  More classroom space was needed to accommodate a wider variety of mediums and a commercial kitchen was desired.

UCDA, along with the Board of Directors of the Artisan Barn corporation that operates the facility and its programs, began intense design and fundraising processes the expansion.  They wanted the addition to reflect architecture indigenous to the region, but have state-of-the-art interior features.  The 3600 square foot space added 60% of the original barn’s capacity.  The large room serves as an event space and can be rented for private events or used as a classroom.  It was designed to accommodate culinary arts education stations in conjunction with the adjacent commercial kitchen.  A clay studio occupies studio space on one end of the building and a nearby outbuilding houses the kilns.  Nearly $600K was raised from a variety of grant sources, fundraising events and donations to make the addition happen.

The addition was completed in August of 2016 and was officially named the Loafing Shed after the outbuilding with the same name that was not able to be reused.  However, its weathered barn boards and rusted metal roofing live on as interior finishes in the addition.  The Loafing Shed was dedicated along with the Barn’s 10th anniversary celebration in October 2016.

Visit the Barn website at www.artisanbarn.org for much more information about the programs and events. 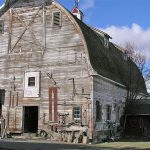 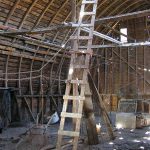 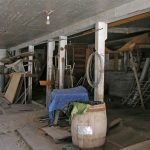 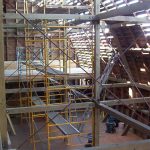 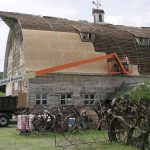 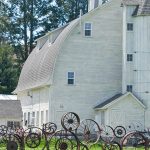 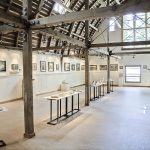 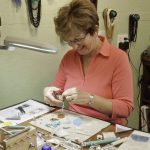 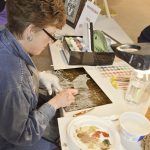 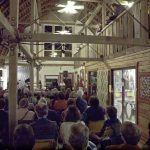 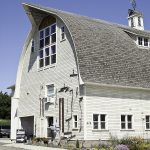 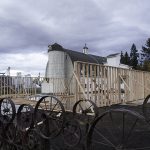 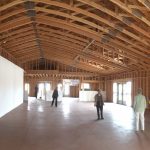 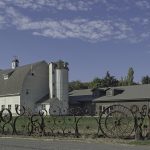 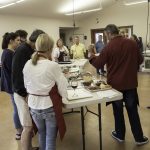 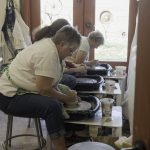 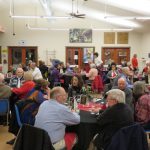