John P. Vollmer opened a general store in a wooden building in Uniontown on the corner of Woodworth and Montgomery in 1882, buying the site from Uniontown founder Thomas Montgomery for $200. In 1885 Vollmer established a store in the building, then a few years later he and his partner replaced the frame building with a brick one and ran the Vollmer Scott store. Under new management in 1904, the name was changed to Uniontown Supply Company, then it sold and became a grocery store with general merchandise and was known as the Community Market.  The store had frozen food cases, a butcher block and a meat case with frozen food lockers available for rent.

The building was sold in 1995 and was completely remodeled inside and out for use as office space.  When the business moved out and plans fell through to re-develop the property, it became vacant in 2006.

In 2012, the Uniontown Community Development Association bought the building on the Courthouse steps. The group secured financing with grants and began work on the building – cleaning it, putting in an accessible entry access and restroom, installing a new roof, and renovating the store front which recalled the original façade.

The building was leased to the Wawawai Canyon Winery in 2014 for use as a tasting room and for wine storage.  The Moffat family, which owns the business, grows grapes in the Wawawai Canyon on the Snake River below the neighboring town Colton, so offer truly local wine. 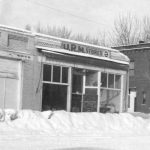 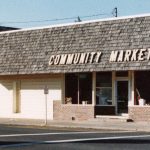 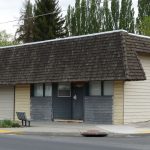 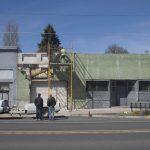 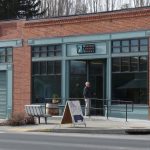 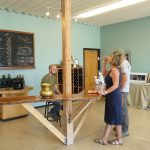